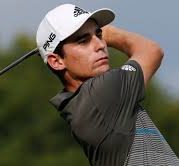 A native of Santiago, Chili, Niemann was a regular fixture on PGA Tour leader boards and in February 2022 won the greatest event of his life taking the Genesis Championship trophy, at the premier event hosted by his mentor and idol, Tiger Woods.

According to CBS/Golf, the 23-year-old Niemann was “firmly on the fence leading up to this decision (to move to LIV).” Niemann participated in the PGA Tour players-only meeting the week of the BMW Championship and before the event played practice rounds with Rory McIlroy where the two spent time discussing Niemann’s future. However, Niemann ultimately decided to crossover from the PGA to LIV.

Niemann and Harold Varner III are currently under the age of 33 with Varner being the eldest. Varner, an East Carolina product, was among fan favorites on a weekly basis and, equally as important, was well-respected among his peers on the PGA Tour. While Varner didn’t have a Tour victory, he had been close on a number of occasions and was victorious in dramatic fashion at the Saudi International in February.

Niemann had been on the PGA Tour for five seasons, making his professional debut in the spring of 2018. Putting Chilean golf on the map, he becomes yet another international player jostled away from the PGA Tour.

With the Presidents Cup looming last week, International Team captain Trevor Immelman was placed in an unenviable position, considering their loss of two automatic qualifiers as well as the steady hand of this young Chilean who had held such great promise on the PGA Tour.  That said, the young star is wished only the best. Ed.

Cheyenne Woods (Tiger’s Niece) chosen as one the most beautiful women in golf.