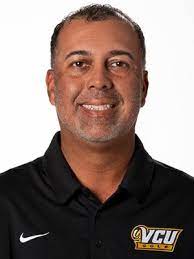 Walker, a longtime golf professional and premier golf instructor, is no stranger to advocating for all youth, and historically Black youth, in a field where opportunities for inclusion and status have been difficult to attain. A 1998 graduate of Pepperdine University, Walker is believed to have been of the two first African Americans to play on an NCAA Division 1 Men’s Golf Championship team. In 1997 he won the NCAA National Championship at Pepperdine, and was later inducted into the Pepperdine Sports Hall of Fame. Walker’s golf prowess goes back many years, as it was 25 years ago when MGM began to follow Walker throughout the Southwest as he made his presence known at various regional pro golf events, to include many NMJGA tournaments sponsored by William “Bill” Dickey, in Phoenix, AZ.  In subsequent years Walker’s 11 year professional golfing career included playing in over 375 professional tournaments, enjoying 28 professional victories and having a minimum of 70 top-ten finishes.

This past summer Walker was named Head Golf Coach at prestigious Virginia Commonwealth University (VCU)—only the fourth head coach in VCU’s history. In May, during his first year at the helm of VCU’s program—Walker led the Rams to a runner-up finish at the Atlantic10 Conference Championships. (Senior Adrian Vagberg of Sollentuna, Sweden claimed individual medalist honors and later placed sixth at the NCAA New Haven Regional to reach the NCAA Championships.) Walker’s program at VCU finished second at three other tournaments in 2021-22 and took third at two additional events.

Walker and two other golf activist recently co-founded the newly formed United Golfers Association (UGA), and he serves as its Director of UGA Academy and Player Development. Historically, from the 1920’s to the early 1960’s, the original UGA actively promoted golf participation for Blacks who were historically denied inclusion in mainstream golf and play.

The golf program at VCU is in good hands for years to come. Congratulations Andy, on a well deserved award. ed.

Match Play will be compelling thanks to Tiger Woods, No. 1 ranking drama 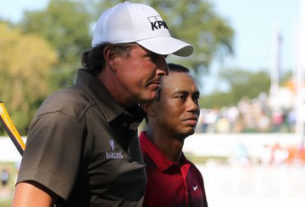 Why the United States will never again dominate the Ryder Cup matches.